I’ve been absent from blogging for a while, but not without reason.  I just started two life-changing moves: one from Pittsburgh to San Diego and another from admin to consultant.

Pittsburgh will always have a fond place in my heart, but it’s hard not to be stoked about San Diego.  I traded snow for sunshine, Pirates for Padres, bridges for beaches, and pierogies for pico.  Though the sticker shock is real, I’m already embracing my new identity as a Californian – brah.

My feelings toward consulting are more complicated.  As I anxiously await my start date later this month, here’s a view into the glass case of emotion that surrounds me.

I’m not too humble to admit that I was good at my job.  I was our Salesforce lead before we even had Salesforce.  I knew our business processes, object model, and users like I knew the original 150 Pokémon.

I knew how to get shit done and who I needed to make it happen.  Nine times out of ten I had the answer to a user’s question before they’d even finished asking it.  These skills were a source of comfort and pride.

As a new, green Salesforce consultant, I’ll be leaving that all behind.  I’ll be thrown into a deep end that’s filled with industries that I don’t know, Salesforce products that I’ve never used, and problems that I’ll have no idea how to fix.  I’ve only ever worked in Sales Cloud, but I’ll need to become an expert in buzzwords like Analytics, CPQ, and CloudCraze.

As a lone wolf, solo admin, I did most of my work in production (shame 🔔).  Now I’ll be coordinating changes with a team of consultants and developers working on sensitive projects with layers of sandboxes.

I have so many questions.  What is my role going to be on projects?  What are my hours going to be?  How frequently am I going to travel?  Where will I travel?  What verticals will I work in?  Will I be productive working remotely?  Can I wear jeans on site?

Though the uncertainty makes me nervous, I’m ready.

How could I not be?  I’ll be working alongside some of the sharpest Salesforce consultants using cutting-edge Salesforce products on a scale that I can’t yet fathom.  I’ll be traveling to new places, making a solid salary, and working from home.

I’ll miss aspects of admin work that I’ll leave behind as a consultant.  I was a disciplined practitioner of Mike Gerholdt’s Salesforce Administration by Walking Around (SABWA).  I enjoyed seeing and hearing about the impact of my work from everyday users.  I was able to invest the time necessary to truly understand user stories and identify opportunities for improvement.

Though I’ll be nostalgic for these moments, I found their impact was increasingly incremental.  One of the most thrilling periods of my job was working alongside consultants during the initial implementation.  Now I’ll get to relive this phase with every project in new environments each time.  I’ll get to be the visionary in front of the whiteboard, sketching out radical, new ideas.

Like most accidental admins, my Salesforce career happened as a result of being in the right place at the right time.  My previous organization had a database disaster with nobody else interested in or capable of fixing it.  I didn’t even know what Salesforce was when I became the client-side project manager for a Salesforce implementation.

Now, only two years later, I’ll be working on those implementations as a consultant.

Along the way, I have met people like Tom Hoffman, Kristi Dellinger, and countless others in the Salesforce Ohana that have helped me through both technical and philosophical challenges.  Without them, I would not be prepared for this incredible opportunity. 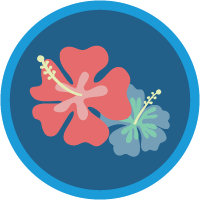 My company is investing in me as the consultant that I’ll become – not the one I am today.  Though I’ve worked hard to get where I am, it’s important to remember that luck helped get me here.  It’ll be continued hard work that sets me apart in the future.

I got a degree in public policy, and it’s my goal to one day return to mission-driven work.  When I do, I’ll be better equipped to lead changes that are colored by skills and experiences gained through consulting.  I’m hopeful that consulting will open doors for me that I didn’t know existed.

I’ll grow as a Salesforce professional at a much faster pace than would have been possible in my admin role – all from my new backyard office in sunny San Diego.