I can say this as an absolute – I would have significantly less joy in my life without Trailblazer Community Groups. In 2015, I had been trying to break into the Salesforce world for about 8 months with no success when I attended an event with a non-profit Account Executive that was visiting Pittsburgh.

As a number of other non-profits were around the table and discussing some issues and challenges, I said, ‘We should have a group, like the Google Non-Profit User Group, so we can collaborate and solve some of these pains together.’Honestly, I had no idea that Salesforce Community Groups were even a thing!  That was August 2018 and Kristi & I started the Pittsburgh Non-Profit Community Group about a month later.

We never wanted to miss a month and spent a lot of energy in building our group up, collaborating with the other area groups, and trying to reach every Non-Profit using Salesforce in Pittsburgh.  The User Group really strengthened my background and soon I was working full-time in the Salesforce world; my career since then has been nothing short of a dream come true.

More rewarding than the personal success (and I mean this sincerely, not in the fake humble brag, helping other people is nice but lets talk about me way) is how many others our groups have been able to help along the way.  I know of at least a dozen people who have gone on to full-time Salesforce careers through connections made, networks built, and skills acquired through the Non-Profit Community Group; so many of them have had these amazing career transformations and it makes me so proud to know our group played a small part in helping their dreams become reality.

It’s not just the grand moments like that though; from helping fellow admins during work along sessions, developing new skills through our Summer of Automation series of events, to the holiday happy hours and other fun events – I know that hundreds of businesses and thousands of users/customers/constituents are benefitting from the work that happens in our Pittsburgh Community Groups.

Personally, as a result of the Community Groups I’ve built an amazing local network and had the opportunity to participate in the Salesforce world in some really cool ways.  I owe much of my professional growth to the Community Groups and many great friendships (Like Kristi & I’s!!!), so I can say this as an absolute – I would have significantly less joy in my life without Trailblazer Community Groups!!!

Carrying on (as usual) at our Pittsburgh Admin User Group 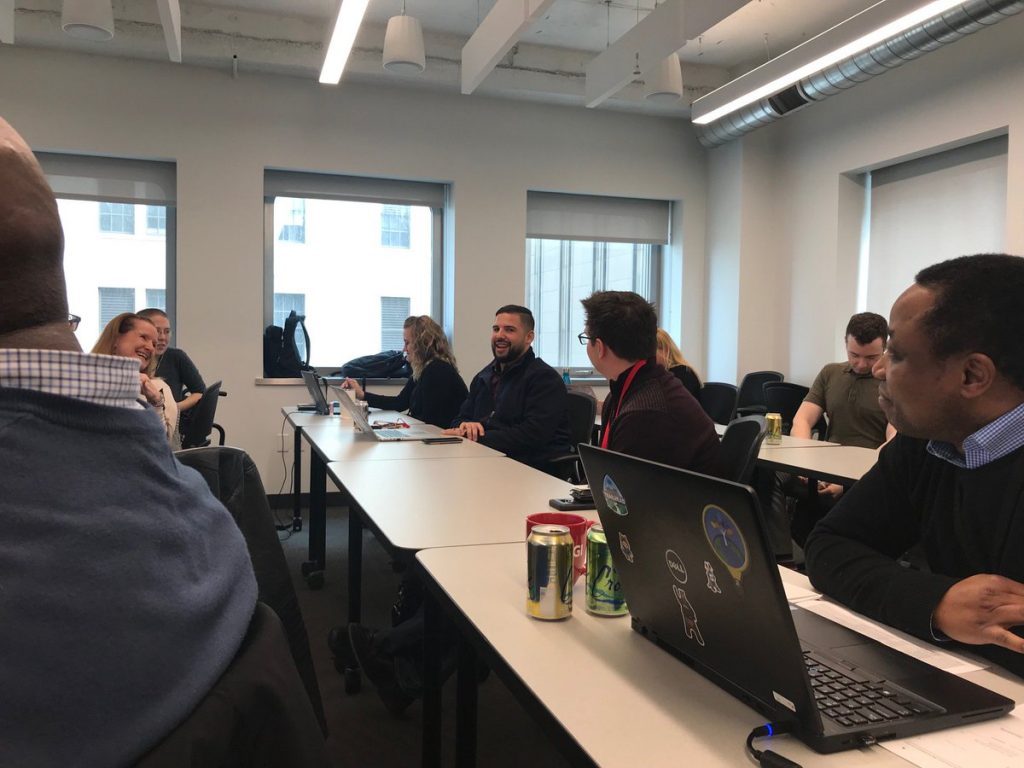